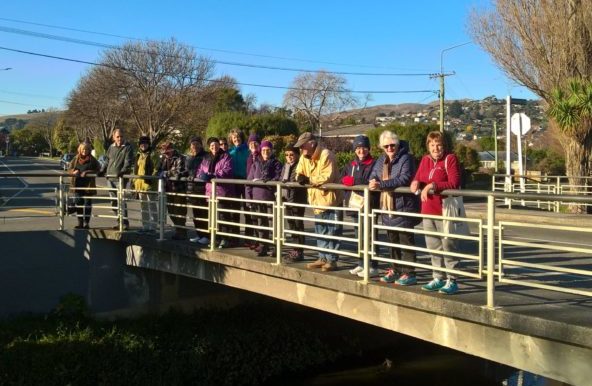 A misty day greeted ten Ramblers on the 23rd of June. Starting from The Kiosk in the Botanic Gardens where nature had created interesting sculptures in the shrubbery the group continued along Armagh St rambling along to Victoria Square. A bleak looking area on a not so nice day in Winter.

A Weeping Willow tree offered the only colour to Victoria Square. Returning along the Avon River / Ōtakaro central city walkways towards Hereford and Cashel Streets, taking in views of the new Convention Centre, rebuilding work and The Strip while passing. Taking a walkway by the West End Carpark we passed from Cashel Street to Hereford Street, then onto Montreal and Worcester Streets returning to the Botanic Gardens for a cuppa at the Ilex Centre.

A better day that started with a crisp frost was experienced for the 14th of July Ramble along the Heathcote River. Again nature had interesting sculptures with trees showing off their bare limbs. Starting from Fifield Terrace near Ford Road we all crossed over the pedestrian bridge to Riverlaw Terrace and headed west towards St Martins Road across to continue along Riverlaw Terrace to the Wilsons Road bridge where a crossing was made to the opposite side of the river to ramble along Eastern Terrace to Tennyson Street Bridge, to return along the river on Riverlaw Terrace to the Wilsons Road bridge crossing over to the Fifield Terrace side and return to the cars.

Views across the river at gardens along the way were great compared with viewing from the front fence. Also a lot of work has been done along the Heathcote River to stabilise and tidy the banks. Seventeen warmed up at the Opawa Café afterwards. 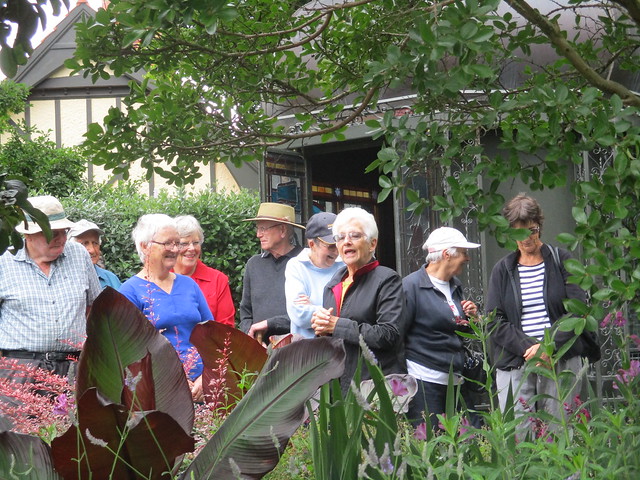