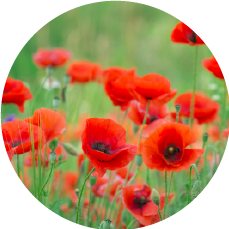 True Flanders Poppy became the symbol of remembrance honouring the soldiers who died in wars.
Poppy seeds only regrow and flower in turned over soil, so their seeds can lie on the ground for years. In World War I, the soil of the whole Western Front battlefield was churned up and poppies sprouted, grew and blossomed as never before. Covering the graves of those who had been killed in northern France.

So in remembrance of our fallen, Oderings are donating 4500 seed packets of ‘Oderings True Flanders Poppies’ worth $3.69 each, which you can purchase for a gold coin donation (or more if you wish). Oderings will donate 100% of these donations to the Returned Services Association in support of veterans as well as ex-service people and their families in need.