It goes without saying that the best gardens are the result of tremendous planning, care, and skill. Although they are sometimes viewed as purely aesthetic, gardens have for many centuries been foundational to the health, beauty, sustainability, and the very identity of our cities. They are vivid sources of inspiration, coral reefs for community, and may feed entire nations when called upon.

As we look to the future of Christchurch, it is unmistakable that gardens, embodying these attributes, are both a filament that binds this city together and a legacy for its continued success. By gardening, we are actively sculpting this wider civic ecology and contributing to this legacy. In the coming years, many other cities will face similar unprecedented changes, but regardless of climate, politics, and economy it is their gardens which retain the integrity of their place and may chart their course for the future. 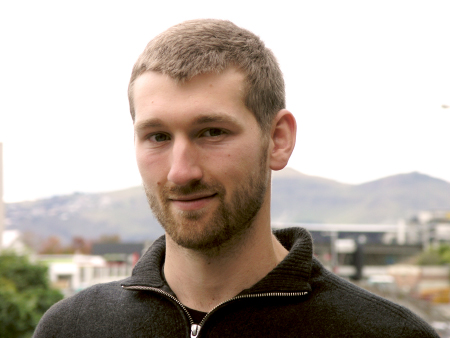 My arrival in Christchurch and my work here began while at college in the United States. I diverted from a career in the performing arts to grapple with the big problems: the facts that ⅓ of our world is undernourished while ⅓ in over-nourished, ⅓ of the planet is covered by expanding deserts, and that most of our urban places are not designed for the wellbeing of their citizens or their environment.

Seeking an accessible solution to these problems, I certified in Permaculture design and began working on food forests: site-specific, edible landscapes which mimic forest ecologies. It was one of these sites which brought me home to Seattle, to help with a project called the Beacon Food Forest.

In 2009, the South-Eastern slope of Jefferson Park was an empty grass lawn. It was owned by the local water utility and a space that was lucky to see the council lawnmower on occasion. However, this listless 7-acre space was of great interest to the local permaculture design class, who were tasked with creating an edible landscape of public land and thereby help to alleviate the city’s food insecurity. 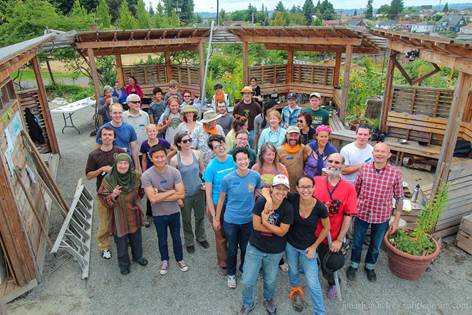 Ultimately a group of three people within the class produced an elaborate design for an open-harvest food forest. The city’s Parks and Utilities authorities had never seen anything remotely like this public, edible forest and had no patience for the idea. But the group was not deterred and spent the next three years organising the Beacon Hill community around creating a 7-acre garden brimming with fruit trees, berry shrubs, vegetables, nutrient-accumulating plants and medicinal herbs. All organic and all free for the community.

With hundreds of signatures in hand and construction-grade drawings, the city began to listen. Two departments stepped up to vet the idea and with donated water, compost, and a $1 lease the team broke ground on the site in 2012. With some initial terracing to moderate the slope, and timber meeting space built by the students from the University of Washington, thick layers of layer mulch were added to first 1.5 acres, and trees were planted.

Within 4 years we saw this landscape explode into a bountiful forest understory overflowing with over 360 species of edible plants, beneficial insects, and visitors from across the country. 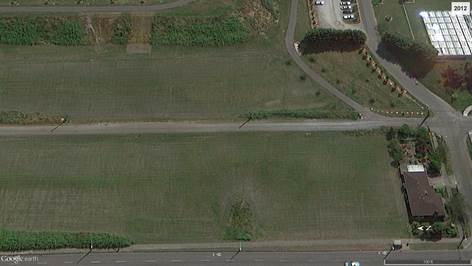 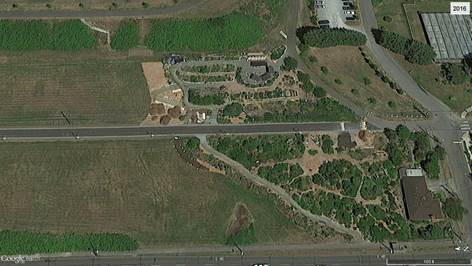 Through the efforts of a core group of 15 people, the Beacon Food Forest has grown into a volunteer effort involving over 4,000 people and producing 3,600kg of food for the community.

Unbeknownst to us, this model was replicated at over 50 sites across the United States and roughly 2 years ago, we received an email from Matt Morris and Bailey Peryman in Christchurch asking for advice on building a similar project.

Sometime after this contact I was travelling to visit a friend in Auckland and dropped down to Christchurch to visit the project they called the Ōtākaro Orchard. After spending some time in the city I was struck by the incredible upheaval and opportunity in the Christchurch, a city on the cusp of reinventing itself to be an exemplar for the coming century. Over the next year, we kept in touch, comparing notes on our projects and this October, I found myself back here working on the project.

After 2 years since winning our contract with CERA, we are on track to complete a similar open-harvest food forest and vegetable gardens in addition to a state-of- the-art sustainable building hosting a cafe, meeting spaces, and new headquarters for the CHS.